Welcome to Region 4 of the American Society of Civil Engineers

The Indiana Section welcomes the Region 4 Governors and 2019 Spring Assembly to Indianapolis, IN on May 10-11, 2019.  Lively discussions were had amongst the Governors and Section and Branch leaders from across Region 4 on strategic initiatives of ASCE. 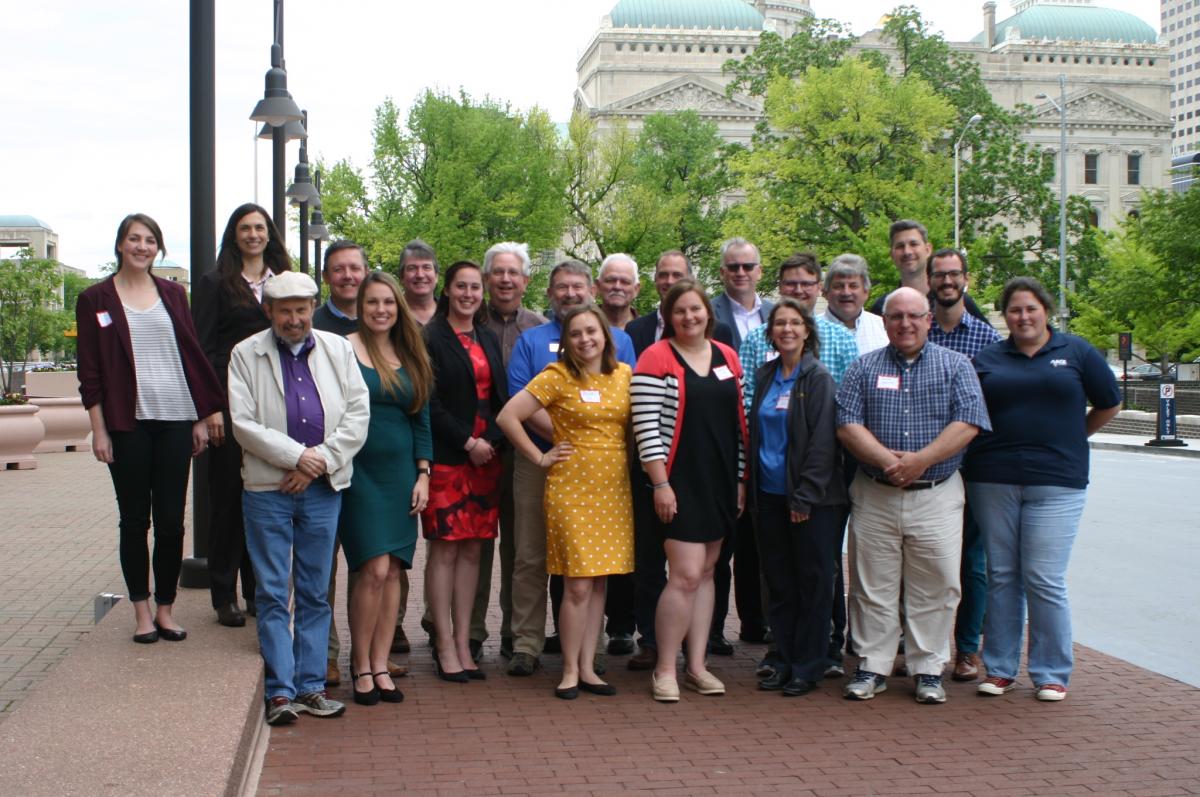 The inaugural Region 4 Younger Member Council held their first face to face meeting.  They discussed their concerns with the Region and how we can work together to provide member value for the Region.  They hosted their own social on Friday night and joined the Assembly for the D.V. Terrell Paper Presentation. 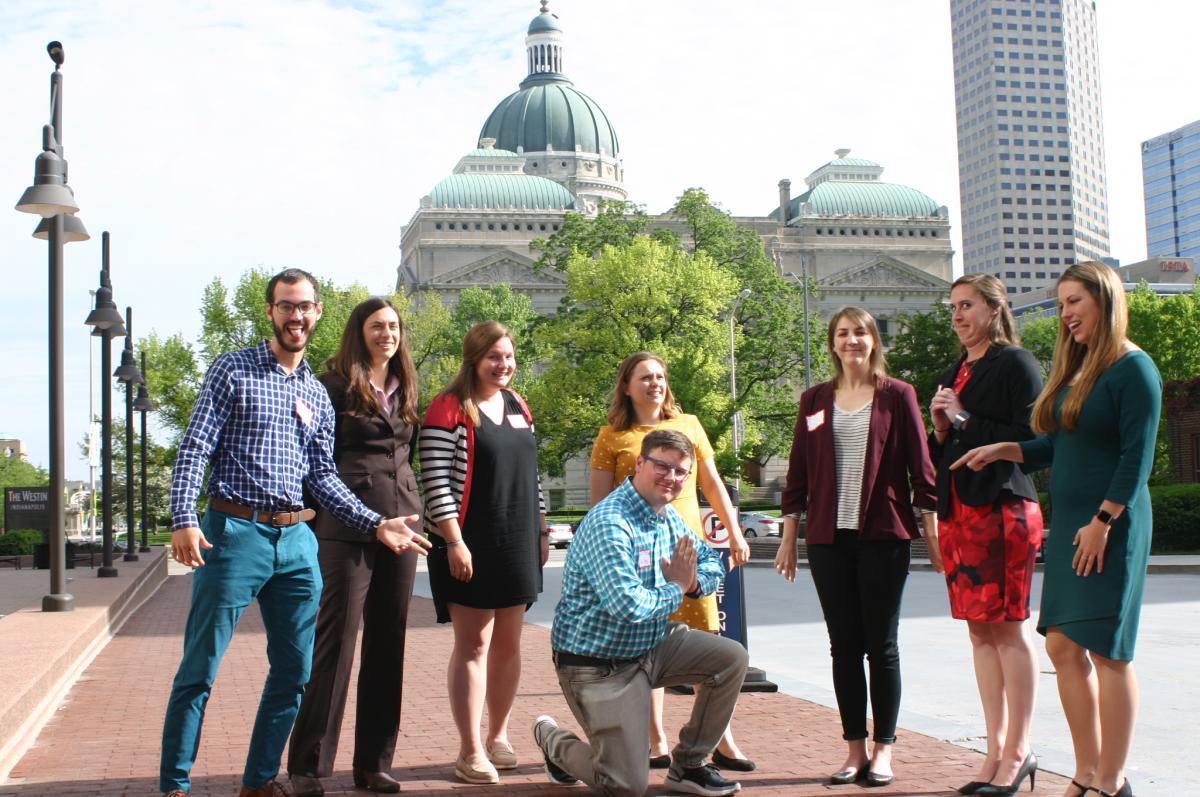 The Annual DV Terrell Presentation was held.  This years competition had four presenters. Three of the DV Terrell presenters competed in person at the Spring Assembly while one of the presenters gave her presentation via Skype so that she could attend her best friends wedding as a bridesmaid.

Region 4 Governors held their Summer Assembly on July 14-15, 2018 in Charleston, SC.  Twenty eight members from all eight sections gathered to discuss section and branch iniatives and strategic issues over the past year.  Some section member were able to sit in on the ASCE Society Executive Board meeting to hear the society's strategic iniatitives and budget for the upcoming year.  The D.V. Terrell paper competition was held with three participants from West Virginia Section, Arkansas Section, and South Carolina Section. Diane Jlatey, from the South Carolina Section, won the D. V. Terrell paper competition. 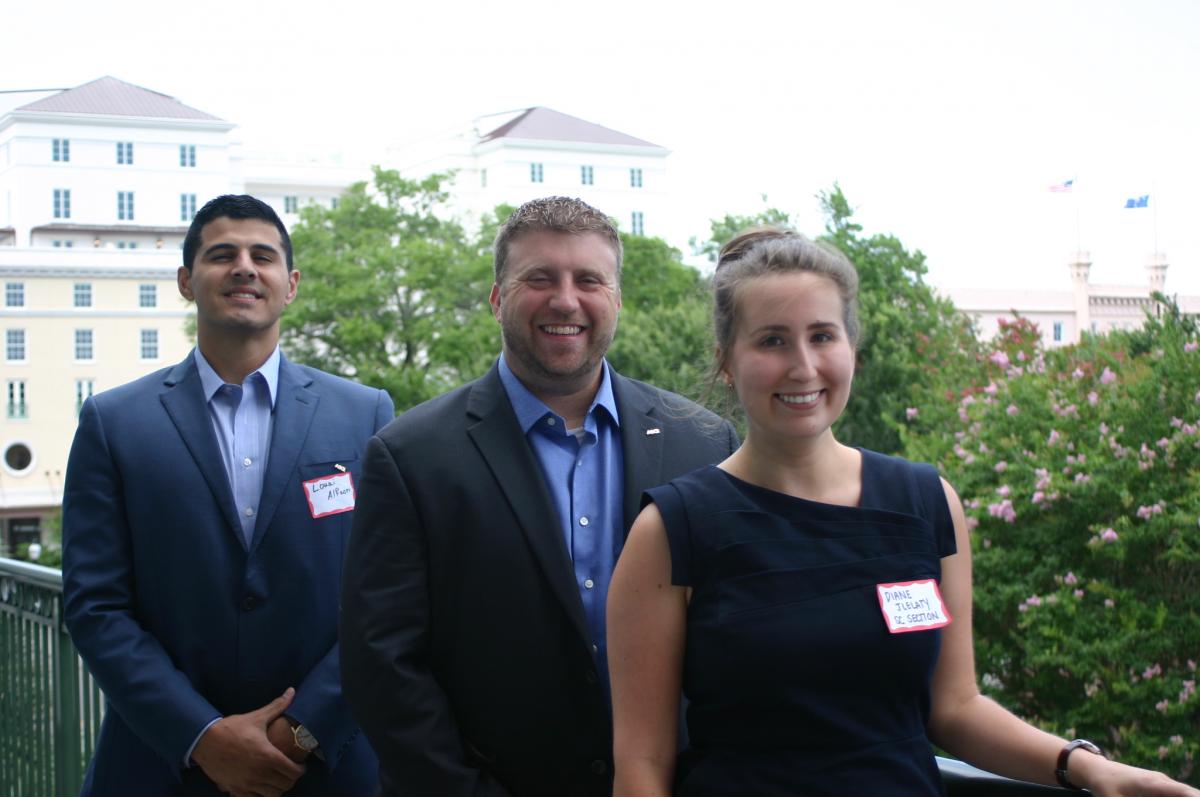 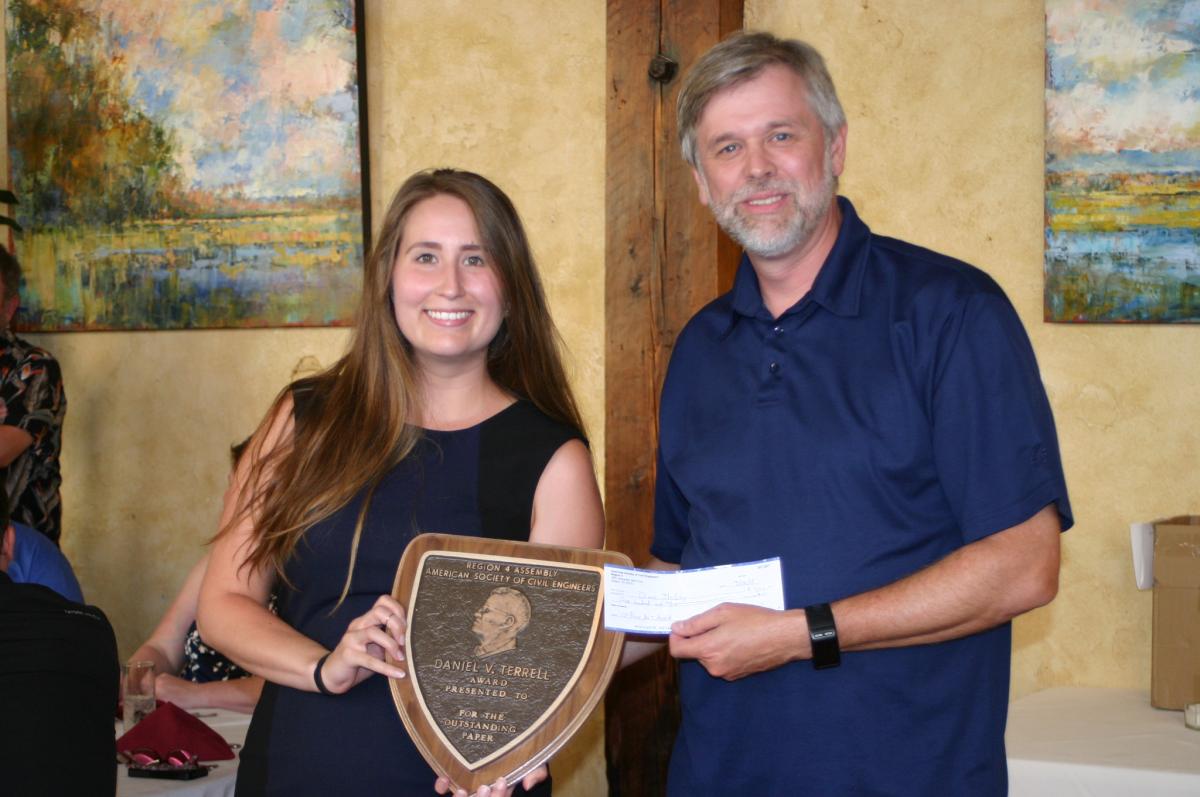 The Region 4 Governos recognized the Governors that were completing their term as Governor for their Section.  John Keeling, from the Commonwealth of Kentucky, and Jayson Funkhouser from Arkansas were recognized.  Chuck Black, from South Carolina, was also recognized as our Region 4 Director as his term ends.  Many thanks to John, Jayson, and Chuck for their hard work and dedication over the years! 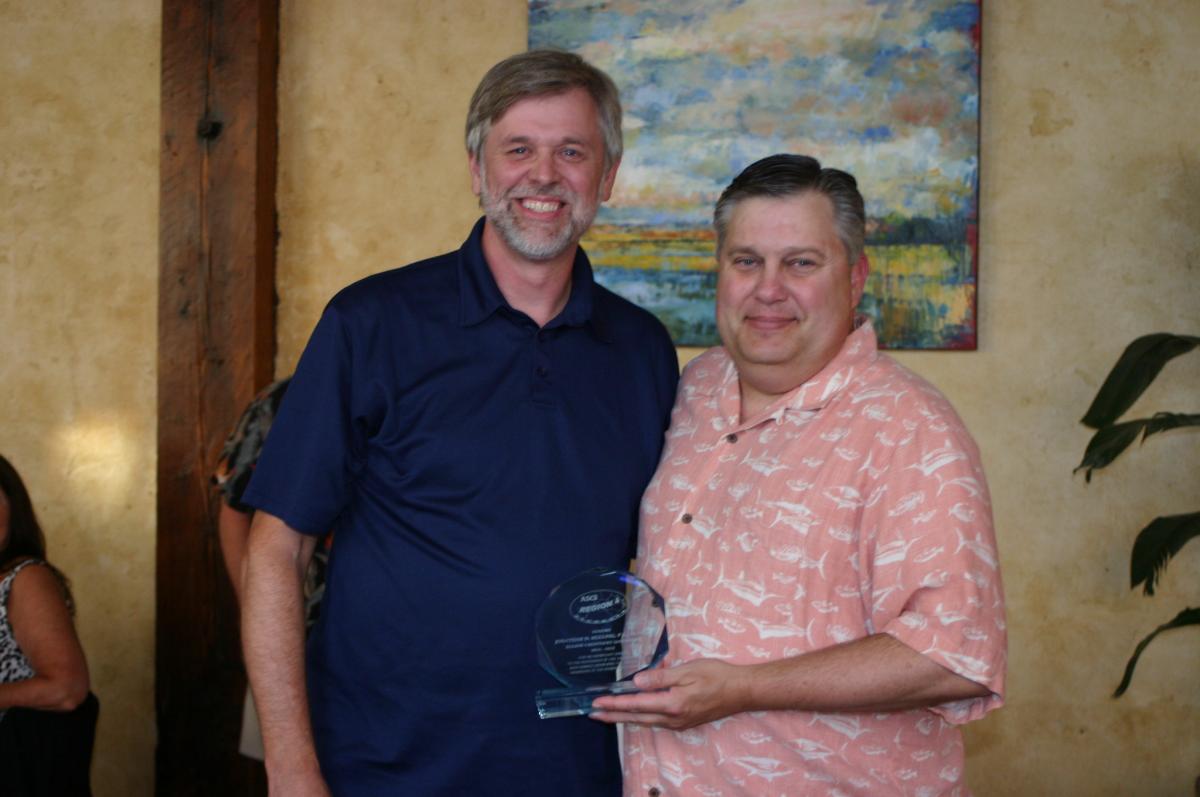 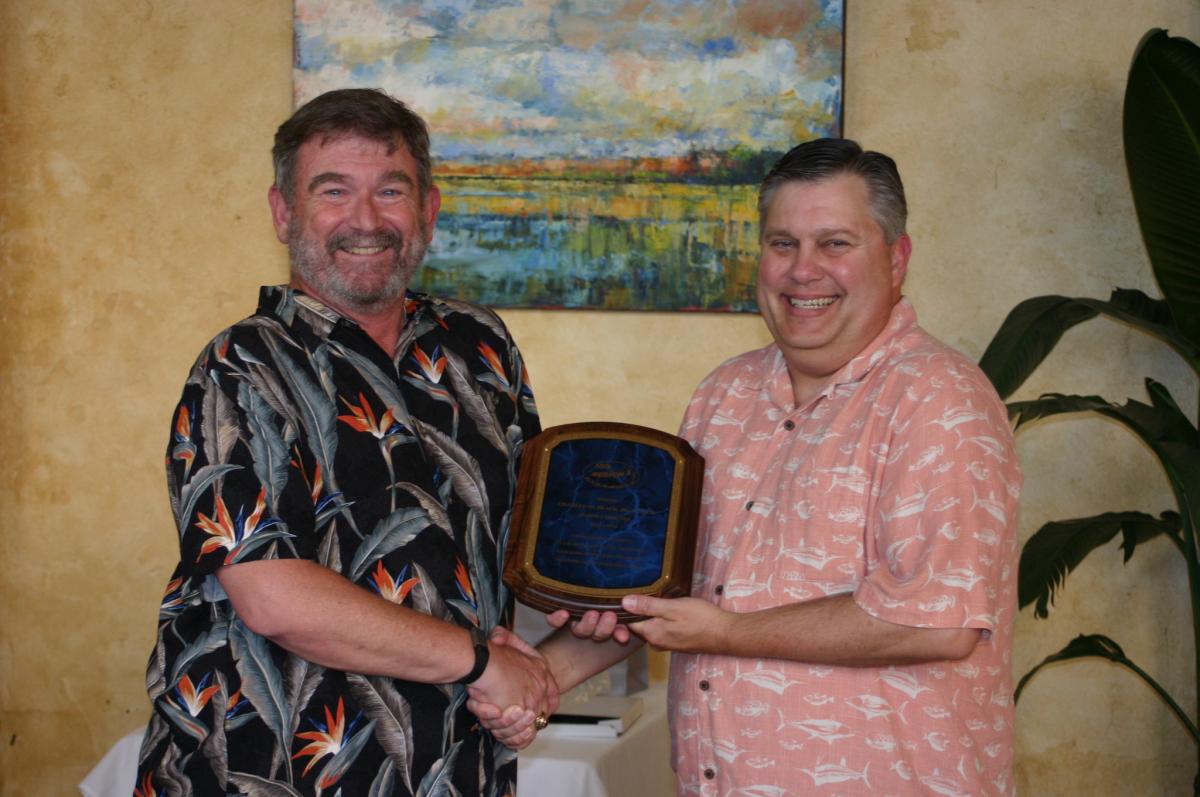 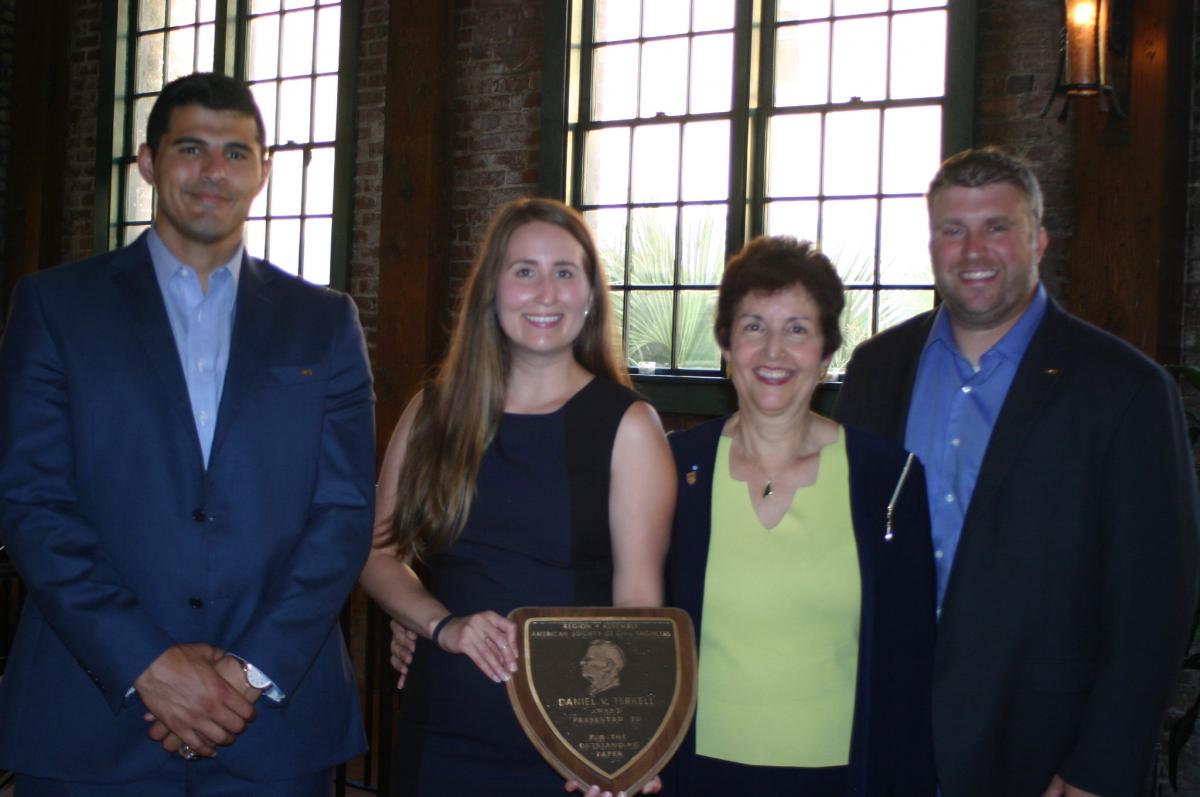 Robin Kemper, ASCE President-Elect, paid a visit to our awards banquet dinner with the D.V. Terrell competitors. Kristina Swallow gave a presentation on the Society's strategic iniatives and a synopsis of the Society Executive Board meeting, that ran concurrently with the Region 4 Assebly meeting. Melissa Wheeler, from LTC, gave a presentation on what available resources LTC and Geographic Services for the sections and branches. The Region 4 Assembly also discussion the creation of the Younger Member Council.  Review of the by-laws and input from all the attendees was welcomed in the creation of this council.

Thanks Charleston and the South Carolina Section for hosting and all the hospitality! 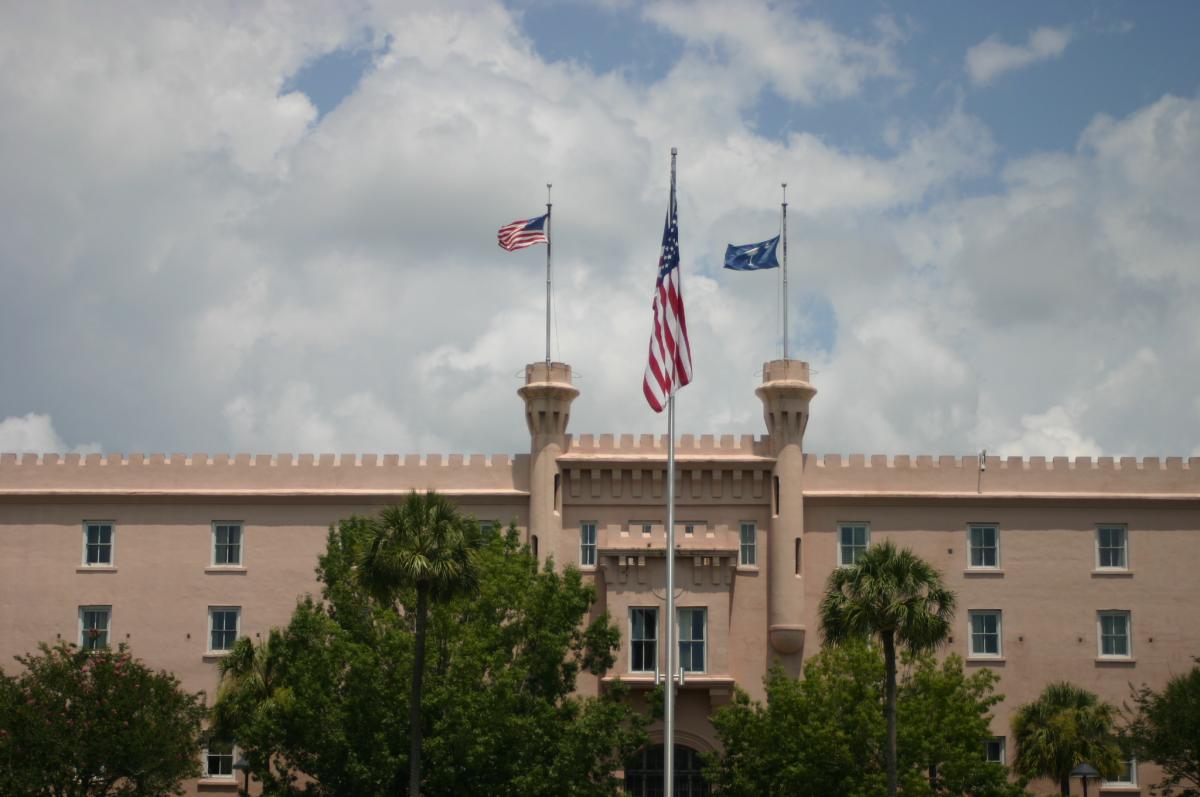 Region 4 takes on Buffalo, NY for the 2018 Multi-Regional Leadership Conference 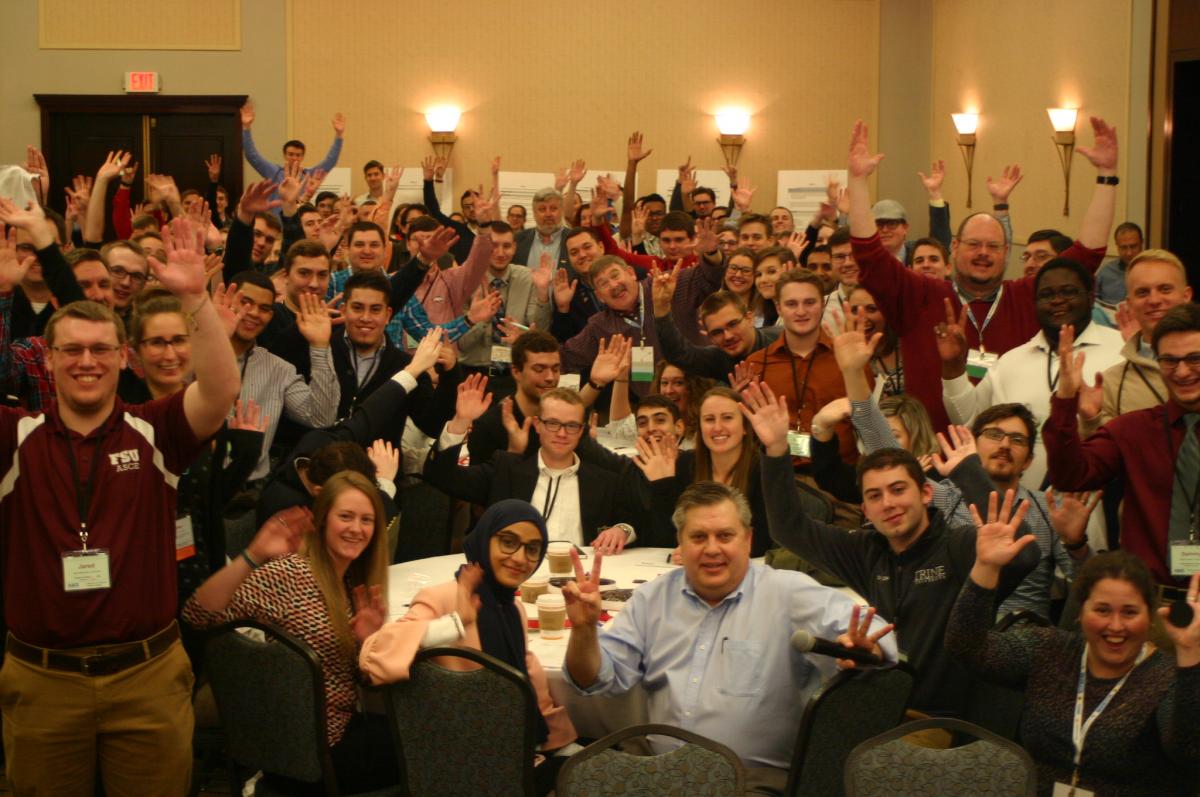 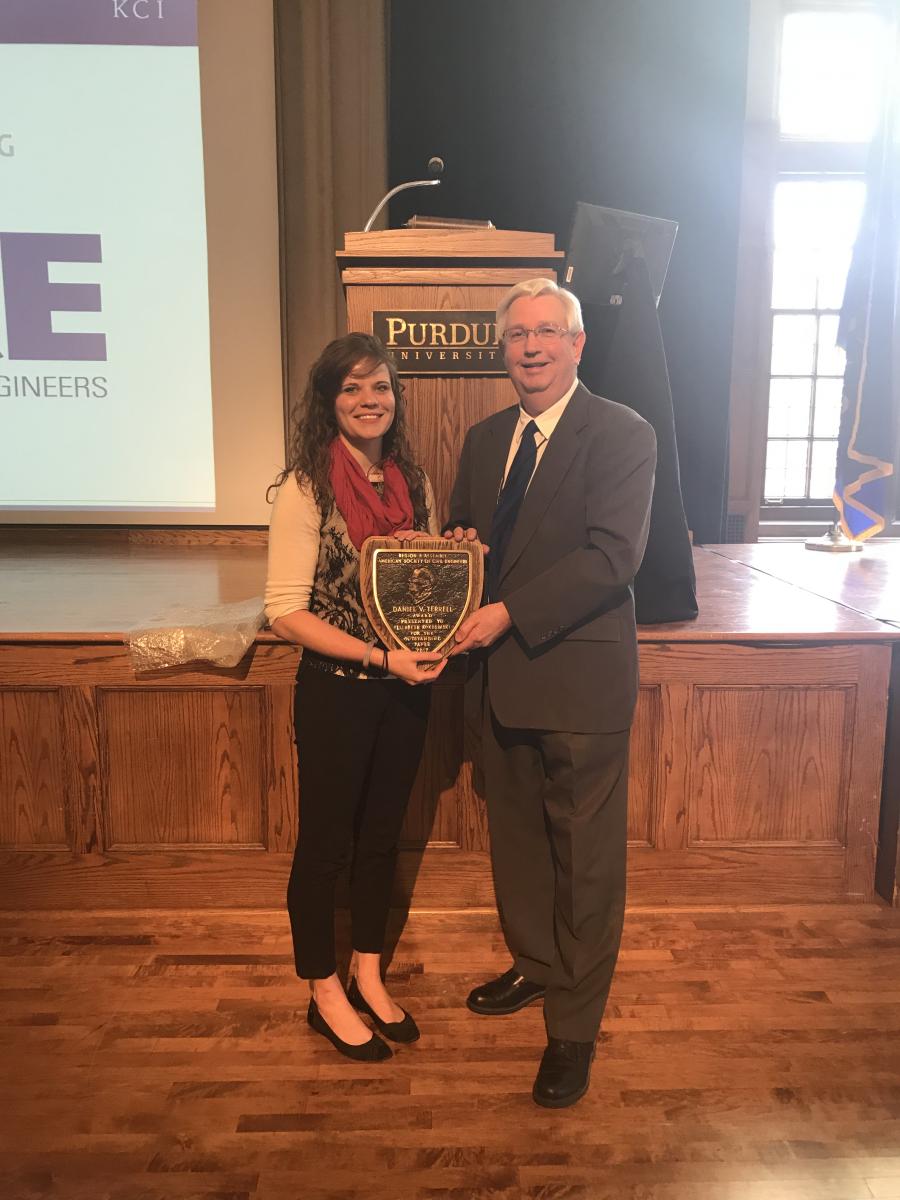 The DV Terrell Award was presented to the 2017 first place winner, Elizabeth Kokosinski, at the Civil Engineering Professional Development Seminar at Purdue University in West Lafayette, Indiana. It was put on by ASCE- MIB and Purdue University on November 16, 2017.  Indiana Region 4 Governor, Bill Dubios presented the award to Elizabeth.  The Terrell Paper Competition topic discussed the ethics of professors being licensed professional engineers.  Elizabeth was one of the five participants in the paper competition.  This is the second year in a row that Indiana has won the Terrell Paper Competition.

The Region 4 Governors met for their Fall in-person meeing in Hawks Nest, WV.  At the meeting, Governors discussed many issues concerning the region including resolutions to ASCE national restructuring, upcoming budget for 2017-2018, Governor transitions and leadership positions.  Bob Cagle with be coming on at At-Large Governor for a one year term as Christina Ammens vacated her last year to become the Virginia Section Governor.  At the meeting, the out going governors for Tennessee and North Carolina were presented with  plaques honoring their dedication and service to the society and Region.  The out going governor for Virginia was presented with his plaque at the September Joint Society Luncheon in Virginia Beach, VA. 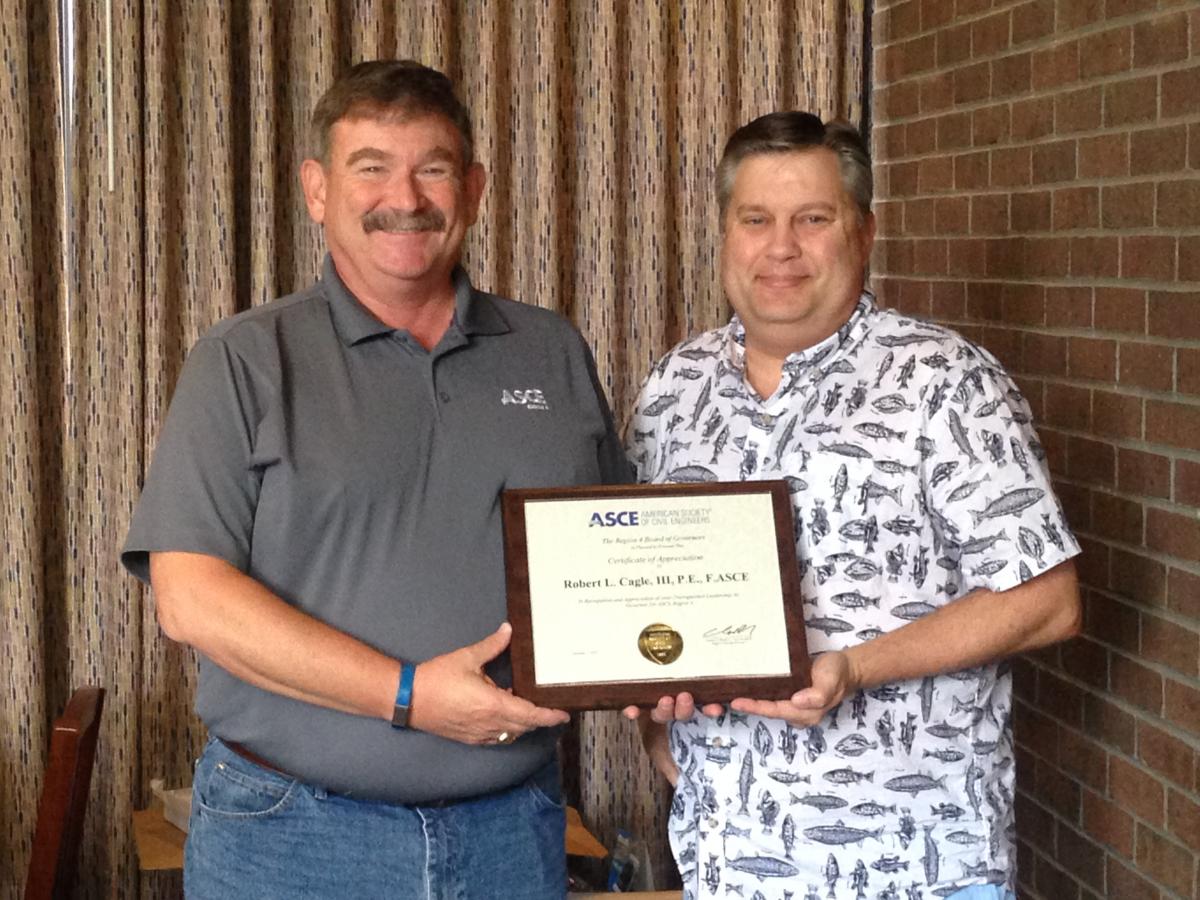 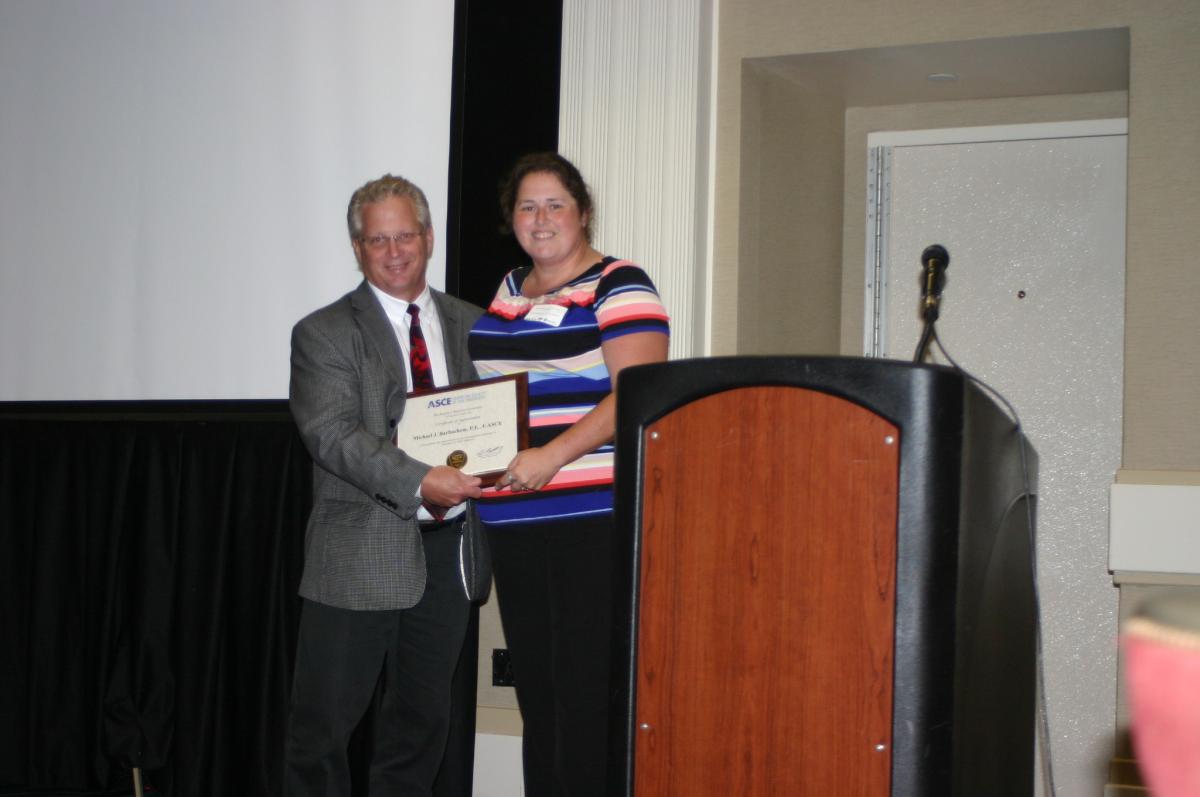 While at the Governors meeting, a few of the Govenors enjoyed walking the full length of the catwalk on the New River Bridge. 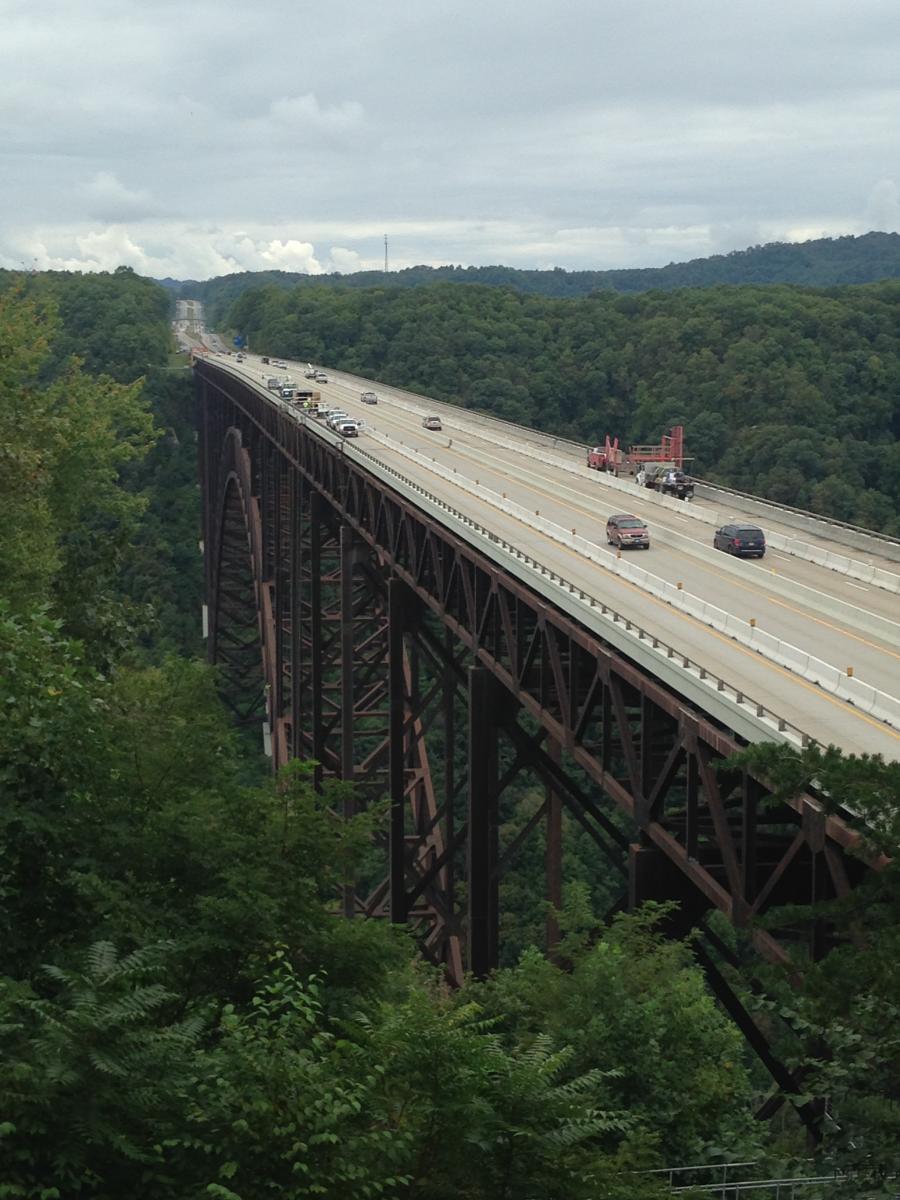 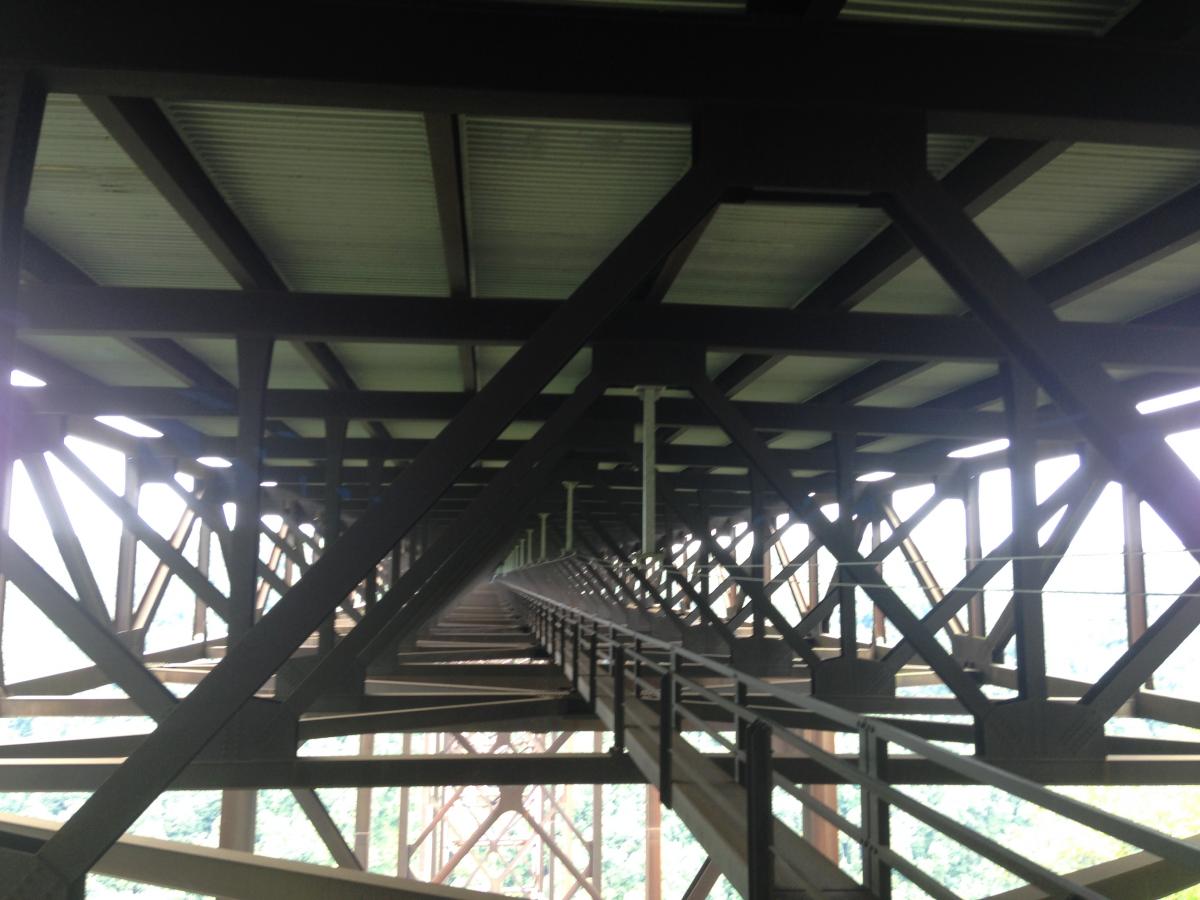 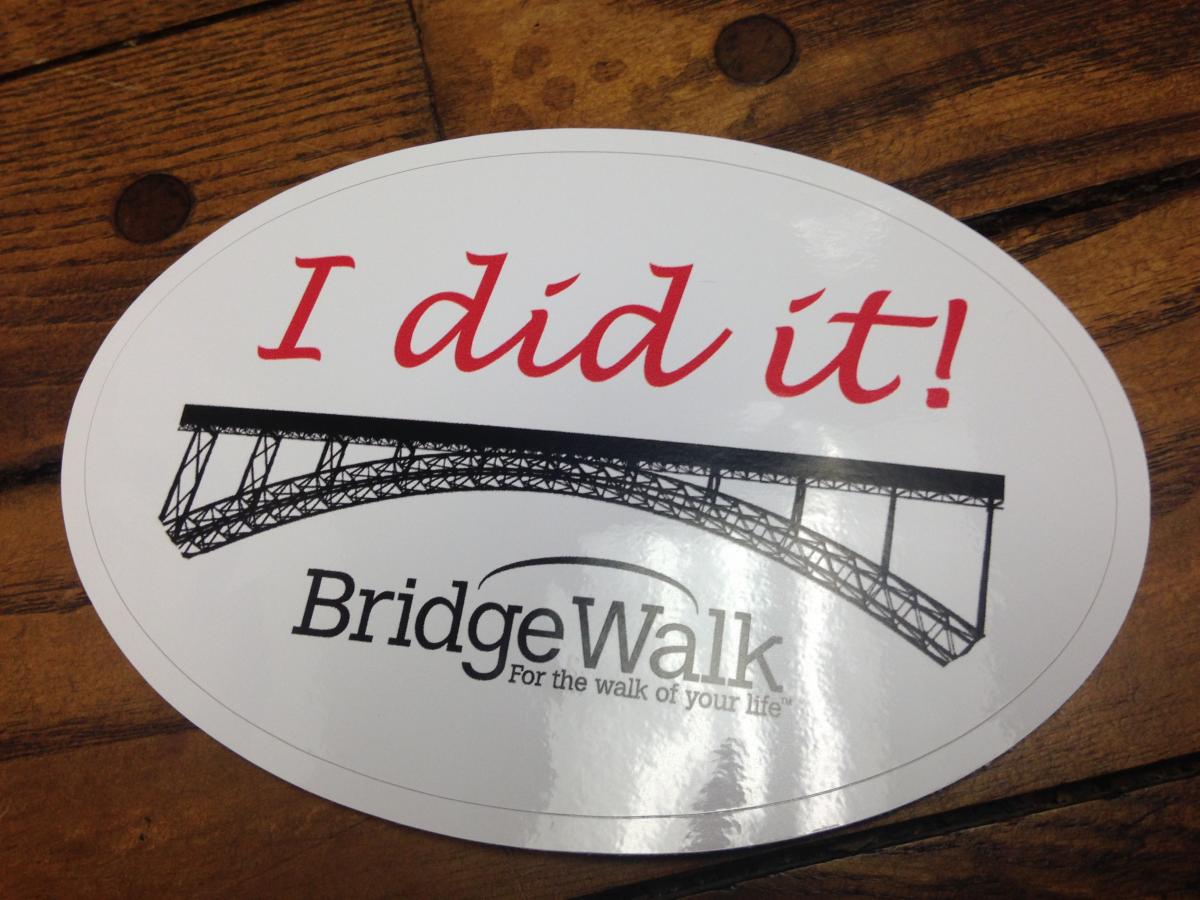 The same weekend, the incoming governors of Tennessee and North Carolina attended Governors Training and President and Governors Forum (PGF) in Reston, VA at ASCE Headquarters.  The incoming Governors learned what their roles and responsibilities as a Region Governor and attended sessions and participated in open discussion on how to make their sections and branches better.  Before the PGF was adjorned, some of the Region 4 leadership gathered infront of ASCE Headquarters for a picture. 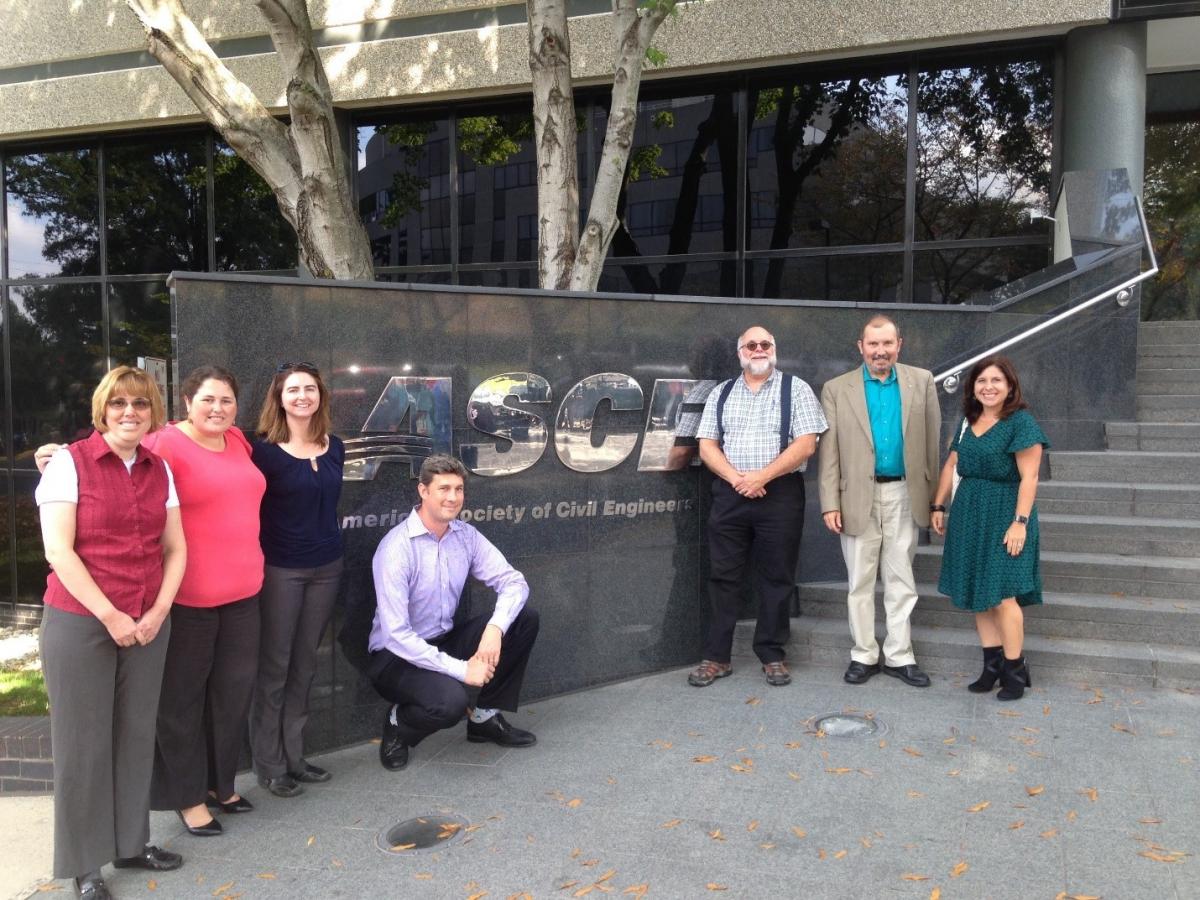 The Multi-Region Leadership Conference (MRLC) was held on January 19-21, 2017 at the Marriott at Newark Liberty International Airport in Newark, NJ.  Regions 1, 2, 4, and 5 were represented at the MRLC.  Students, Younger Members, and Seasoned Professionals enjoyed two days of leadership, comradery, and attendees got a sneak peek of the Dream Big movie. 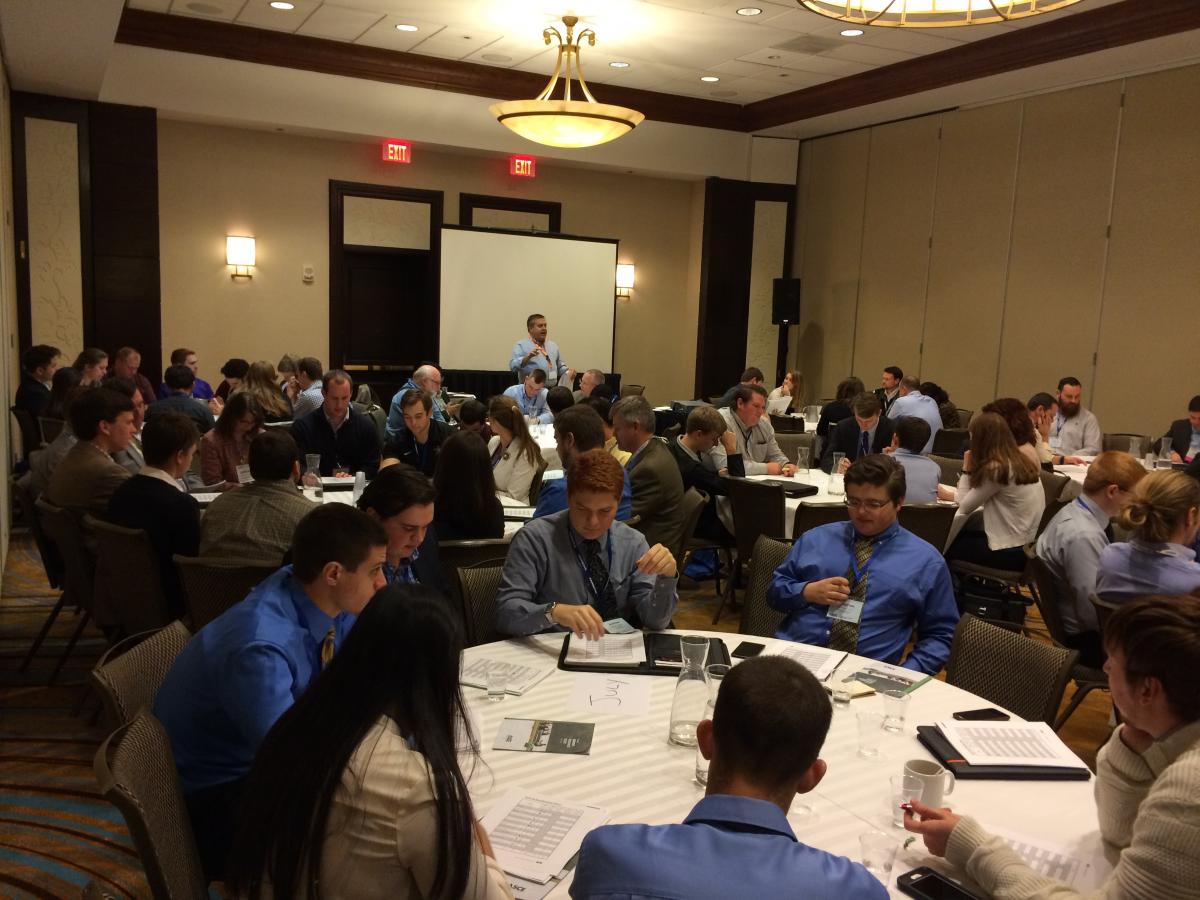 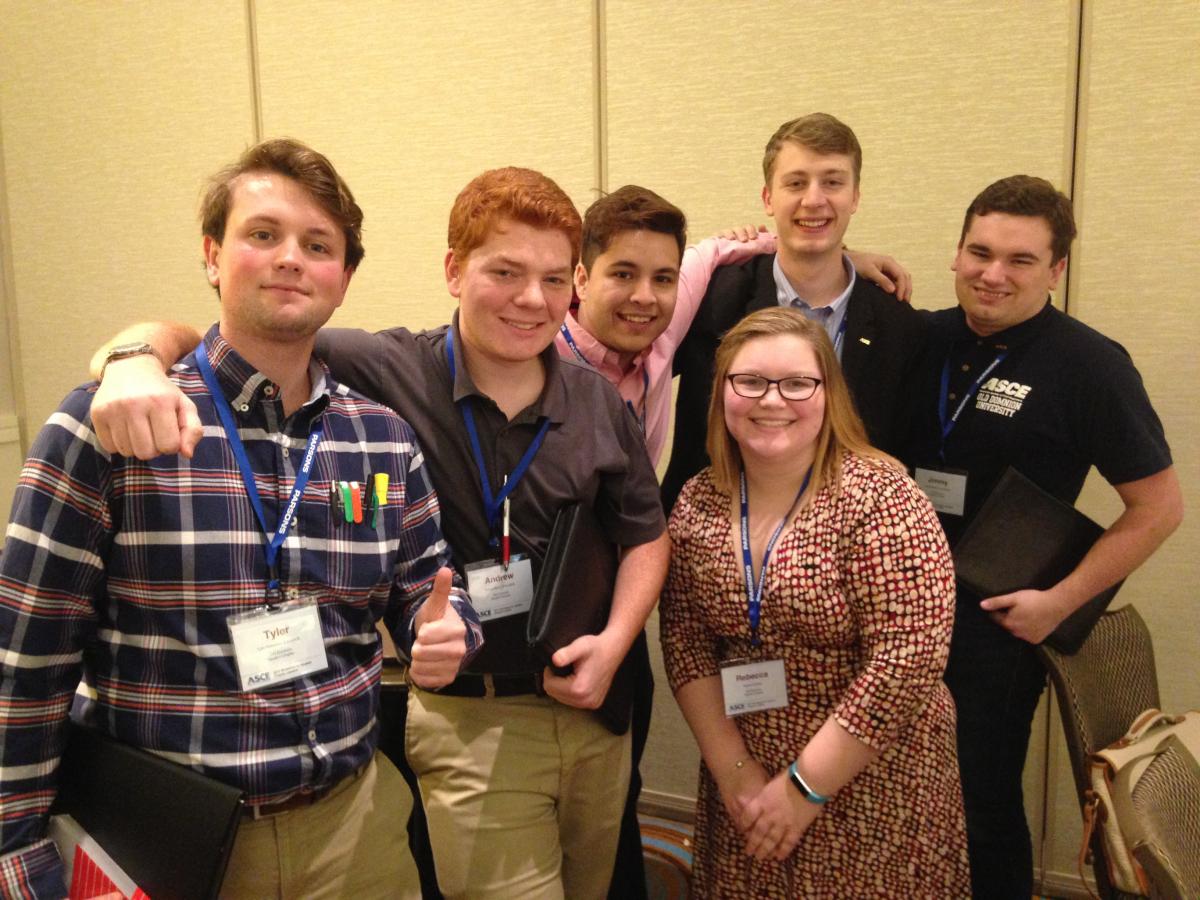 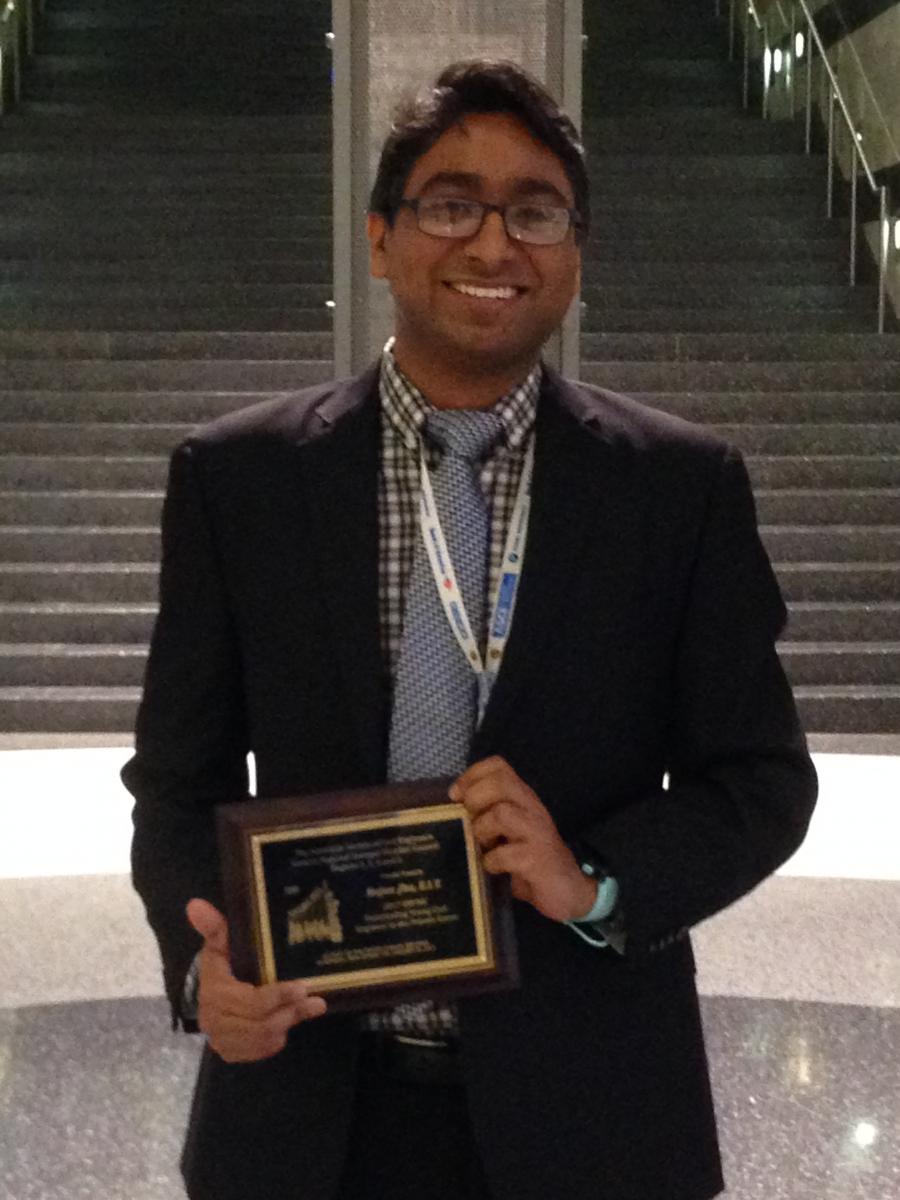 The DV Terrell Award was presented to the 201 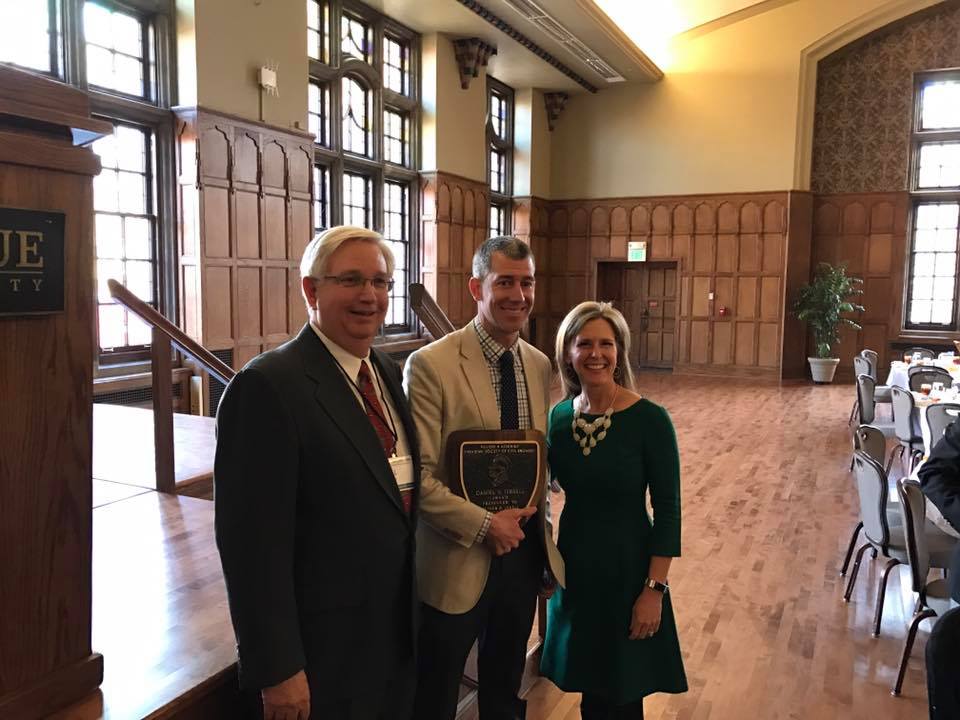 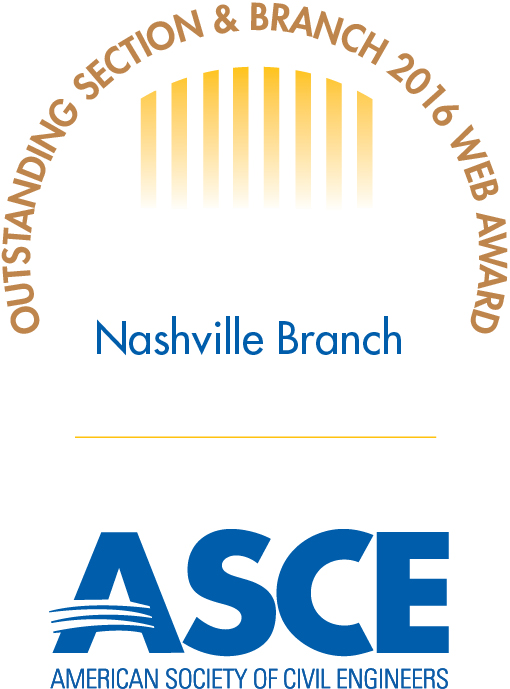 Region 4 Governors met at the Westin in Town Center in Virginia Beach, VA on October 21-22, 2016.  Between enjoying the crisp Fall Beach weather and local seafood, the governors met to discuss strategic planning of the Region and issues the section and branches are facing. A good time was had by all and the next meeting will be a dinner meeting at the MRLC in Newark, NJ on January 19, 2017.